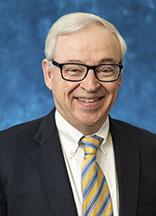 Dr. Dickinson served as an Associate Chief of Staff for the Office of Clinical Affairs beginning June 2003 and concluding in July 2011.  He was appointed as the Chief Medical Officer (CMO) for the University of Michigan, C.S.  Mott Children’s Hospital and Von Voigtlander Women’s Hospital, on July 1st, 2011.

Dr. Dickinson has been deeply involved in several safety and quality initiatives throughout the entire health system.  In his current role as Chief Clinical Officer, he has instituted a daily safety huddle in the Children’s and Women’s hospitals, as well as an Admitting Officer of the Day (AOD) program.  The CW safety huddle proved successful and laid the ground work for Safety Huddles elsewhere.  Dr. Dickinson is currently deeply involved in the review and evaluation of Serious Safety Events which have taken place. His work in this area is aimed at prevention and improved safety practices to keep patients from any and all harm.  Dr. Dickinson’s continued goal has been to focus and achieve new safety and quality standards for all patients. 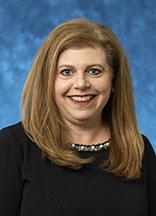 Ms. Thomas Ewald has won many awards over the past fifteen years. Most recently, in 2018, she was named as one of the Notable Women in Healthcare by Crain’s Detroit Business and one of Becker’s Hospital Review’s Women to Watch, and in 2019, she was awarded the Leadership Detroit Inspirational Leadership Award by the Detroit Regional Chamber. 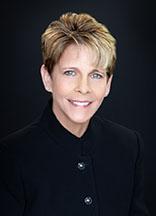 Dr. Kelly Baird-Cox currently serves as the Interim Chief Nursing Officer for C.S. Mott Children’s Hospital and Von Voigtlander Women’s Hospital. Before this role, Kelly served as the Associate Chief Nursing Officer for Pediatrics the previous three years and the Clinical Nursing Director for Children’s Emergency Services the prior eight years during her tenure at Michigan Medicine.

Kelly has 34 years of progressive pediatric and women’s clinical and nursing leadership experience. Her background is extensive in implementing and advancing evidence-based and autonomous nursing practice. Kelly’s vision for nursing is that we are an inclusive team, influencing one another through compassion, integrity, and innovation while embracing a model of caring that recognizes and values the honor of being invited into the lives of patients, families, and staff who entrust us with their care. 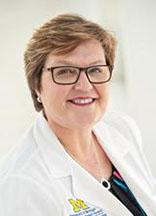 In 2001, Dr. Fenner returned to the University of Michigan where she continues her work in female pelvic floor dysfunction and medical education. She is nationally recognized as an expert in defecation disorders, surgical education, and reconstructive surgery.